I finally made it out on my bike for an evening ride on Thursday evening, clocking up just under 30 miles, despite a dodgy tummy.

I am blogging from the football!

Having cycled on miles of quiet, virtually empty country lanes I was most upset to hear a tractor hunting us down. I was briefly convinced that I could ‘out-run’ it so I cycled as fast as I could. However, apart from a much slower than average speed once I had regained my sanity, I had very little to show for it. Though I suspect the Farmer had a gloating little giggle to himself, watching my failing effort and I then had to endure being tailed by a large, noisy beast for several miles.

I’ve never been very good with loud noises. Well, loud noises over which I have no control…someone else vacuuming for instance.

On we went…and sadly it was beginning to get dark. It’s still only August but it really doesn’t feel like it! Right now I am comfortably sat in the stands during a ‘summer’ afternoon in a hoody and a winter gilet.

The next part of our ride was eventful; it’s disconcerting to hear someone wail…and then turn to see two bodies on the floor. One, the source of the noise and the other a lovely black horse. Not that he stuck around for long!

As a first aider in this situation my training tells me I should check for danger and then tend to the patient.

Training can’t prepare you for these situations though…so I went to find the horse.

So I clomped off down the road, in my Lycra and new, undamaged cleats, to find a horse of at least 16 hh which had been totally freaked out by a tiny, yappy Jack Russell. He’d luckily missed a land rover and trailer as he’d bolted around a corner and the passenger and I followed him down a muddy track where he cornered himself.

Horse reunited with owner (who by the way was conscious and speaking all along) I set about picking the large amounts of mud out of my cleats with a stone. A job which needs to be finished tonight.

Those few minutes of madness highlighted just how silly people are;

1. Several people confused both Ollie and I as horse riders. We were wearing Lycra and cycling shoes.

2. The lady on (off) the horse had gone out for a ride without a mobile phone, without telling anyone where she was going, while no one was at home waiting for her.  A cyclist doing that would be bad enough…but a bike doesn’t have a mind of its own.

And so we finished off our ride, with one more minor incident involving a homicidal/suicidal dog diving in front of us as we descended a hill and arrived back home in darkness.

To finish off this post, I would like to say a big hello and thank you to Graham who has been following my blog and has sponsored me thanks to meeting my Granddog out on a walk…talking of whom…Get Well Soon Barney dog. 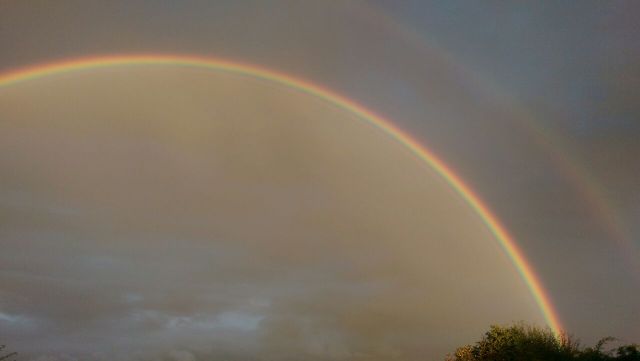